The Importance of Noticing Positive Behavior when Training Your Dog 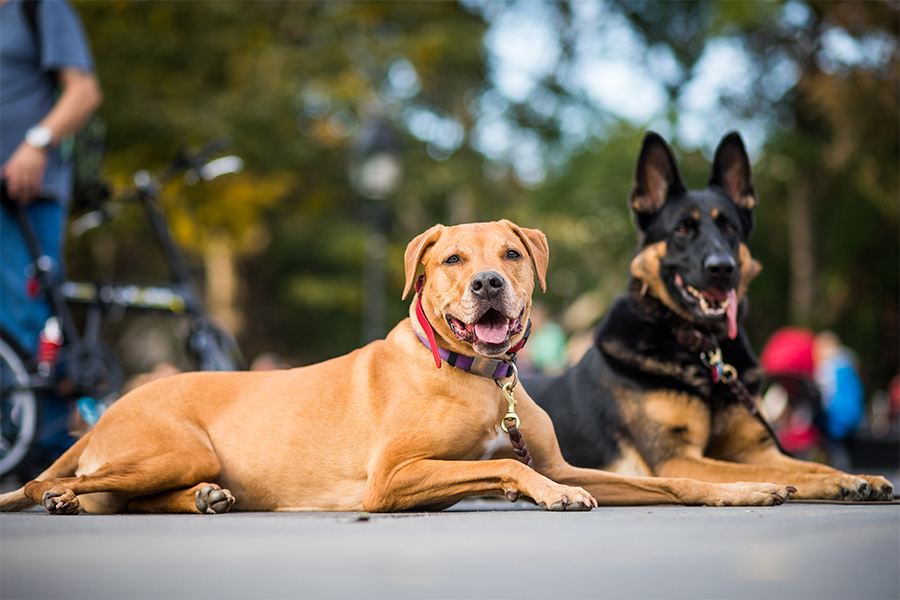 “Catch them when they’re good.” It’s something one of the therapists used to say when I was a counselor for patients who had severe OCD and OCD spectrum disorders. It was her advice to the counselors, who were often so focused on correcting the negative behaviors of patients that they forgot to tell them when they were doing a good job. The importance of noticing positive behavior is equally great in dog training.

With OCD, people perform certain rituals- like hand washing or lock checking- in response to negative feelings of disgust or anxiety. Part of our jobs as counselors was to notice when people were performing these negative behaviors, gently point it out to them, and teach them what to do instead of ritualizing. But to truly be helpful, we also had to notice when people were engaging in positive behaviors. The shorter handwash or the lock that was not checked were things to observe and reward with words of encouragement. But how easy it was to only notice when people were stuck in rituals. To only notice the negative while failing to see the positive would undermine a person’s confidence and motivation.

Noticing positive behavior in our dogs is no different.

It is all too easy to notice when they are engaging in behaviors we don’t like, so we often forget to define what we’d like them to do instead. They don’t know English, and when they misbehave, it’s often because they don’t know what we actually want. Furthermore, people, like animals, will repeat the behaviors that are reinforced with attention, even when those behaviors are not desireable. Your dog jumps on you when you arrive home and you say, “No jumping! Bad!” and push the dog off. But to your dog, you have just given her a number of things she wants: you’ve looked at, spoken to, and touched her. Besides, your dog doesn’t know what you want her to do instead of jumping. So although you are telling your dog not to jump, to your dog, jumping is something that gets rewarded.

Instead, let’s try something else. What if you empower your dog by training him what to do instead of jumping? If you teach a nice sit and don’t give your dog any attention when you arrive home until he sits, then your dog suddenly has so much more control in his life. Your dog knows what you want, and can please you while having his own needs met. What a confidence booster! When your dog sits and patiently looks up at you for attention instead of clawing at your leg, that’s an opportunity for you to notice the positive behavior and say, “Good dog!” But if the sitting is ignored but the clawing gets results, then that’s what your dog will do.

And so it is that with our dogs, as well as with many of the people in our lives, we focus on the bad while forgetting to reinforce the good.

It’s a natural enough tendency- our brains hunt for problems to solve, because that’s how humans have survived over time. Not to mention how busy we all are these days- it takes a bit of slowing down to notice what’s going well in our lives, instead of just what we need to correct. With our children and significant others, we are too stressed and hurried to notice the trash that was taken out, the groceries that were purchased, the homework that was done, or the vegetables that were eaten without complaint. Noticing positive behavior may be less natural for us, but it’s a skill that can be strengthened with effort.

What are they doing right?

There are so many opportunities to offer a little praise for the things that the people and dogs in our lives do well. With effort, you can re-train your brain to notice when things are going well, instead of only focusing on the problems. When you begin noticing positive behavior, your relationship with your dog will naturally start to improve. Your dog’s confidence will start to go up. Of course, this applies to all the relationships in our lives- think of what could happen with your children, employees, or significant other when you start to “catch them when they’re good”! Perhaps you’ll start seeing an increase in their good behaviors, more confidence, and a stronger bond between the two of you.

So the next time your dog does something you don’t like, ask yourself what behavior you’d like to see instead, train your dog to do that behavior, and then heap on the praise!

I’m not a dog trainer, but if you’d like some guidance about how to replace some of your dog’s negative behaviors with positive ones, here’s who I’d recommend:

If you’d like a little guidance on developing new habits, such as noticing positive behaviors in the people and dogs around you, here’s a book I highly recommend:

The Power of Habit

And if you’re curious about Obsessive-Compulsive Disorder, may I recommend the following website: